Two weeks ago I decided to visit one of Toronto's most historic places - Fort York. I haven's visited it in several years, save for the odd concert and Nuit Blanche event, and I really enjoyed myself wondering around the old buildings and reacquainting myself with old Fort York..

But before I entered the Fort, I visited the newly built Fort York Visitor Centre that is showing a major exhibit called Gertrude Kearns: The Art of Command: Portraits and Posters of Canada's Afghan Mission. 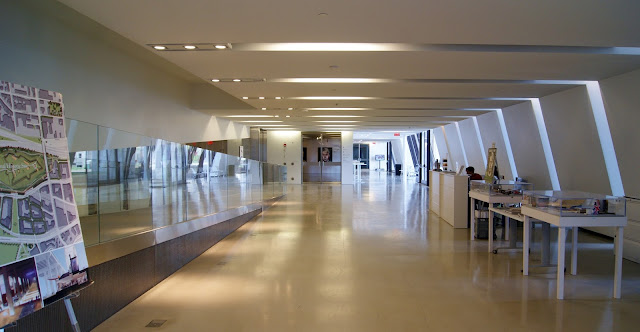 The Art of Command is a 46-piece exhibit featuring portraits and posters of senior Canadian Military Officers who served in Afghanistan, some on display for the first time. There are two parts to this exhibit, the first containing 20 large portraits painted of the officers using CADPAT, a camouflage pattern style unique to the Canadian military.

The second part features the same portraits but made to look like military propaganda posters with quotes and phrases surrounding the officer's heads. Each quote and phrase was heard by Kearns by a Canadian soldier. Although at first, I felt like some of the posters came off as anti-military, the more I read, the more it came across as an examination into military decisions and the consequences and the realities of living with war.

Toronto-artist Gertrude Kearns has been painting Canadian military subjects and conflicts around the world for the past two decades. She was once a wartime artist for the Department of National Defense. She is most widely known for her painting Somalia #2, Without Conscience which depicted the torture of a Somalian teenager at the hands of a Canadian Soldier. 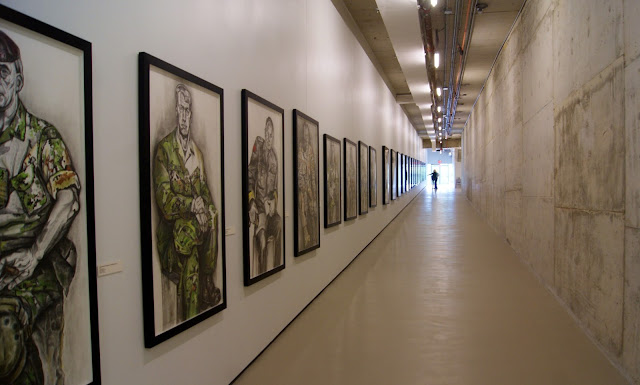 Gertrude Kearns: The Art of Command: Portraits and Posters from Canada's Afghan Mission is a powerful and provocative exhibit that everyone should see. It raises questions about military and war and gives us non-soldier folk just a small glimpse into the struggles of military command. Gertrude Kearns: The Art of Command is running until June 14, 2015.

P.s!: While I was visiting the exhibit, I had the exciting opportunity to meet Gertrude Kearns. It was wonderful to talk with her and get some insight into her paintings. If you want to meet her as well, she is leading a tour on the last day of the show, June 14 at 2pm!