Exhibit: Reflecting on Nature & More at The Power Plant!

For the last several weeks Pananmania, an art and culture festival running in conjunction with the Pan AM/Parapan Am Games, has been happening across Toronto. A few weeks ago I visited The Power Plant Contemporary Art Gallery at The Harbourfront Centre to see several art projects exhibited that are a part of Panamania. 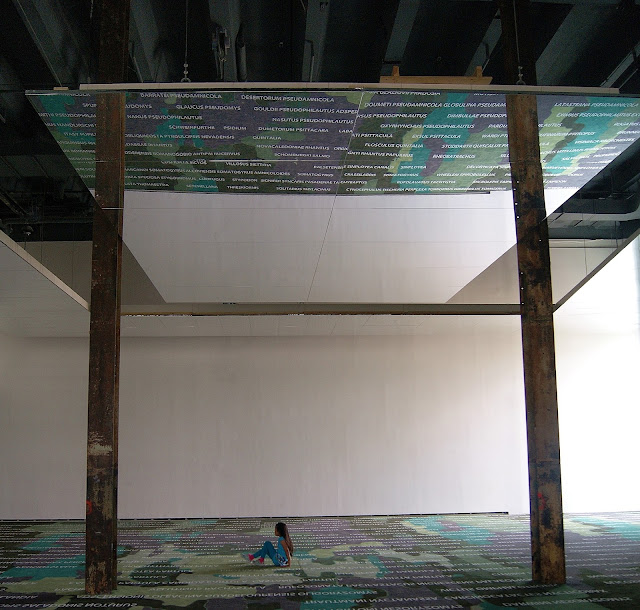 Four commissioned projects by local and international artist collectives are on display that connects with their audience through active engagement.

The first and my favourite of the four projects is Eminent Domain by Bik Van der Pol. Their project explores how human activity has a direct effect on ecological systems and alludes to the increasing privatization of previously public goods, including territory, property and the public domain at large. 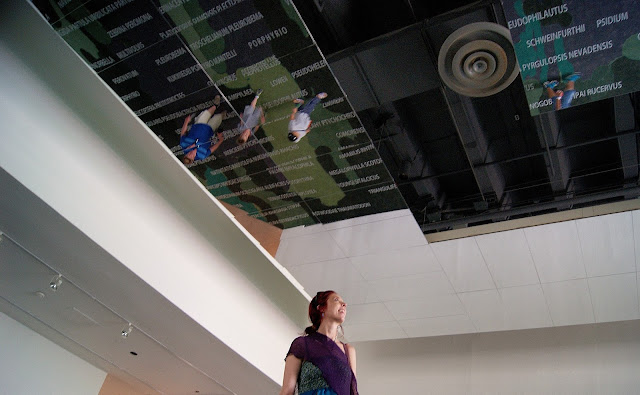 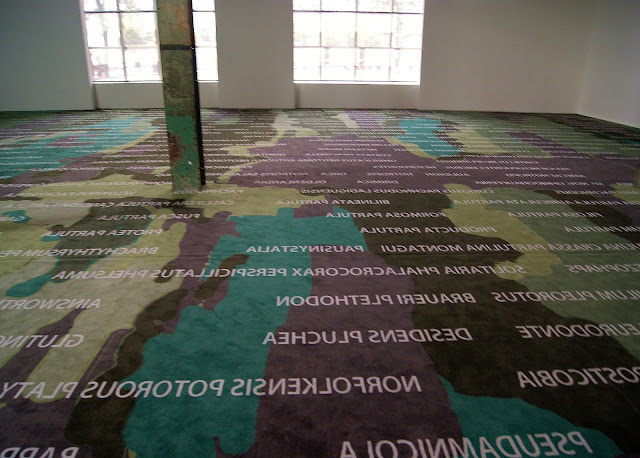 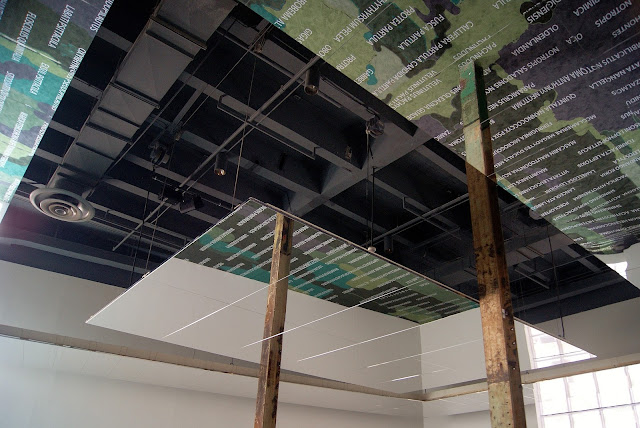 I experienced many mixed feelings within the space. It was very beautiful, peaceful and calm lying on the carpet listening to sounds of nature pumping through the speakers. Until I looked up and realized the writing is centred on the extinction of many species. The sound recordings were also taken in the 1990's by American Ecologist Dr. Bernie Krause in the healthy habitats of Borneo, Costa Rica, Sumatra, and Zimbabwe. Since then, those areas have been drastically changed by direct human interaction and natural disasters. 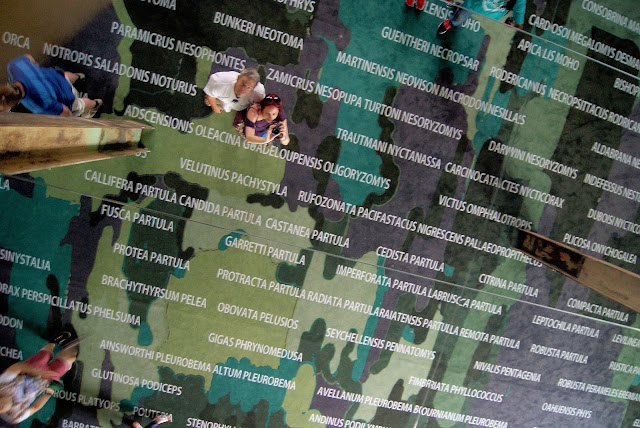 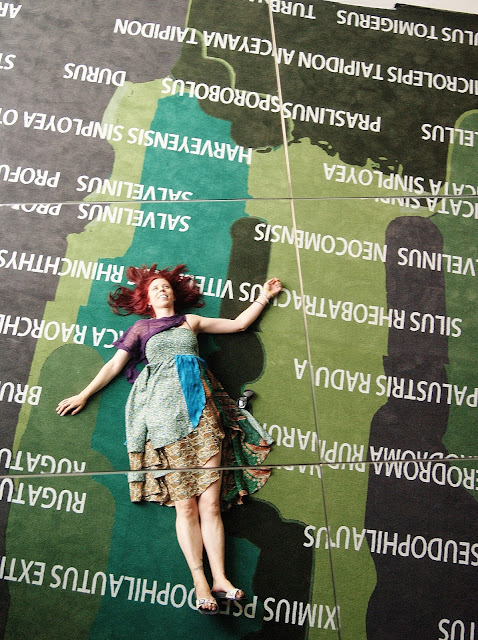 I loved this project. It is beautiful and thought provoking. I loved how the artists are trying to convey the message of human interaction in the environment both through word and sound as well as using the mirrors in the exhibit; I can actually see my human-self surrounded by the names of species that have disappeared because of that interaction.

Other projects on display are (art)work(sport)work(sex)work by YES! Association which I found was an interesting concept by would've been better experienced if I took part of the bus rides, The Mouth Holds the Tongue by Nadia Belerique, Lili Huston-Herterich and Laurie Kang, which was unique but the impact was ruined past visitors scratching names and pictures into the green form; and Mine by Tercerunquinto has an interesting concept and message but is just a hole with dirt to me.

Even though Panamania only runs until August 15, all these projects are on display at The Power Plant until September 7, 2015.

P.s!: The harbourfront is a great place to visit in the summer - it's so full of activity. When you visit, make sure you check out the Power Plant Gallery, it's always free!