Toronto Artist Spotlight: The Funny Man Who Just Wants To Be Loved!

I love to laugh. I love to cry. So when I first saw Toronto-based comedian David Andrew Brent's stand-up act at the recent Just For Laughs Festival in Toronto, I knew I found a kindred spirit. You may have seen Brent in his viral Arnold Schwarzenegger impersonation video that has garnered almost 2 million views on You Tube or caught one his stand-up comedy acts at local clubs or more recently, during the Just For Laughs Festival. 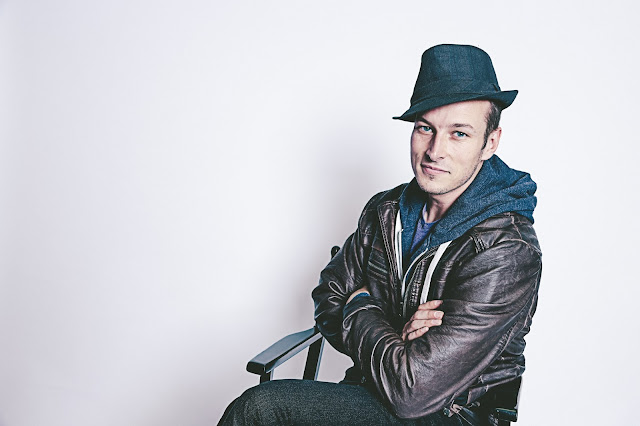 I was lucky enough to catch Brent's feature-length act, Ricky Gervais at JFL42 and had the opportunity to meet the funny man himself as well as ask him some questions about his inspiration, his new company Brickworks Entertainment and his future plans.

Melanie.Ps: What made you become a comedian? Was it really because you had a scary skin disease?

David Andrew Brent: The skin infection that I had at the beginning of high school humbled me in a way that I am thankful for because it made me strive for deeper human connections. It made me truly want to meet people and be known. As a young person, I wanted to be loved and remembered as someone that anyone could go to for a laugh or an ear. So yes, the infection is what started me on the path of humour and comedy.

Melanie.Ps: Your show Ricky Gervais is a little different from other stand-up comedy shows in the sense that it is very dramatic and emotional at times. Was that your plan when you first started writing it or did it evolve towards a more serious side?

David Andrew Brent: The plan for Ricky Gervais was to tell the truth and be authentic at all costs. The stories are funny but they are also universal in their nature. The truth is something that we can all laugh at. My friends and colleagues Marilla Wex and Daniel Shehori helped create the show. Marilla is an award-winning comedian, writer and actress. She helped dramatize the situations in my life. Daniel directed Ricky Gervais, he is a comedic genius who has written for Second City in the past. His keen sense of flow, flare and finesse helped shape the jumble of my thoughts into a sharp and witty show. I rarely share my comedic vision with people before they see me live, but Daniel had the Midas touch. I would have been lost without both of them. 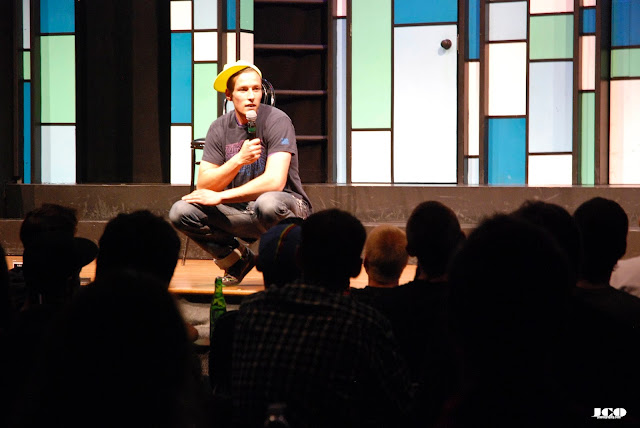 Melanie.Ps: You share alot of personal details about yourself and others in your show. Have you had any backlash from friends and family about what you share?

David Andrew Brent: I have never faced a single ounce of backlash. Everyone that I mention in my show knows that I am passionate and that I am only sharing the truth with love. I have never been malicious in my humour.

David Andrew Brent: I love Toronto, however my favourite performance was in Seattle. When I did Ricky Gervais there for the first time I did not know a single person in the audience or the entire city! I was nervous but delighted that so many people wanted to take a chance on me. I was truly shocked when the entire audience waited for me on the street after the show. They didn’t just want to say thank you or shake my hand, they wanted to get to know me. It blew my mind how many deep and meaningful conversations I had that night. That is what I live for in my comedy!

Melanie.Ps: How does Toronto audiences differ from Seattle?

David Andrew Brent: We are really lucky in Toronto because we get the best comedians here regularly. Toronto audiences really want to be impressed by fresh, innovative and gut-wrenchingly hilarious comedy! From my experience, Seattle is open-minded and down for every style as well. If you want to divert from your material and get serious, they’re into that.

Melanie.Ps: How did you get the idea for Brickworks Entertainment? And why did you feel Toronto needed it?
David Andrew Brent: I come from a construction background and I have always tinkered with things. I wanted to take the two parts of me that had the most depth, building homes and comedy and combine them into one. Toronto has so many amazing comedy shows, venues and production companies. I wanted to create something different and something special. The inspiration for Brickworks Entertainment was to shine a spotlight on emerging Canadian talent. I find that with most comedy shows the focus is on the venue and not the talent. People do not go to see a specific comic unless they are going to see a famous person live. My vision is to get Canadians to start supporting great homegrown entertainers and to allow comedians to truly market themselves and their craft with enthusiasm.

Melanie.Ps: You said that you named the show Ricky Gervais because Gervais' name in The Office television show was David Brent. But I also noticed during the show that you called a significant (I'm guessing) part of your male body Ricky Gervais. Um... Why? I know men sometimes name themselves but why Ricky Gervais? And was it always called Ricky Gervais?

David Andrew Brent: Ha! I think you found the only thing in my show that has no truth to it whatsoever. It was a joke with the intent to make people wonder… I’m glad it worked. 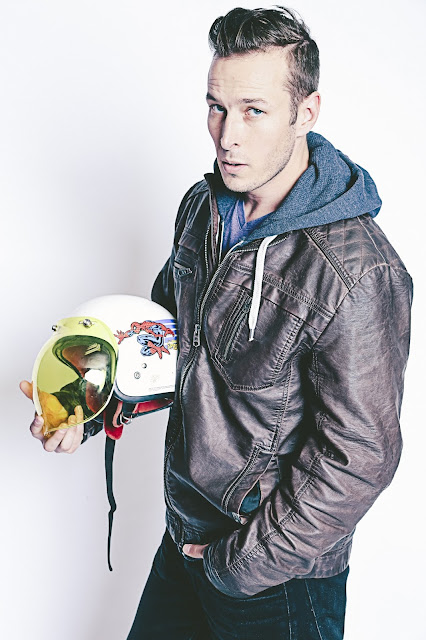 Melanie.Ps: I feel like you have a lot more of your personal life's story to share. What can we expect from you in the future?

David Andrew Brent: I have two more shows worth of stories but for now I plan to tour Ricky Gervais across North America. I am also working on sharing the Brickworks Entertainment story with Toronto. I’ll be hitting open mic nights to master new material and get inspired. I have an idea that I’ve been dreaming of since I was 19. I won’t say too much but think of it as a rock, hip-hop and rave concert mixed with a stand-up show. It’s going to be weird and amazing! For now you catch me at the next Brickworks Entertainment show at the Comedy Bar on November 7 alongside the amazing and talented Sandra Battaglini, Chantel Marostica, Dom Pare, Keith Pedro and Ryan Long. It will surely be a night to remember! I hope to see you there.

P.s!: To catch more of David Andrew Brent's work, check out his website.