Along the waterfront, at the bottom of Bathurst Street lies one of my favourite public art installations in Toronto. Nestled between the abandoned Canada Malting Silos, Lake Ontario and a construction barricade is one of the most serene and heartbreaking places in Toronto - Ireland Park. 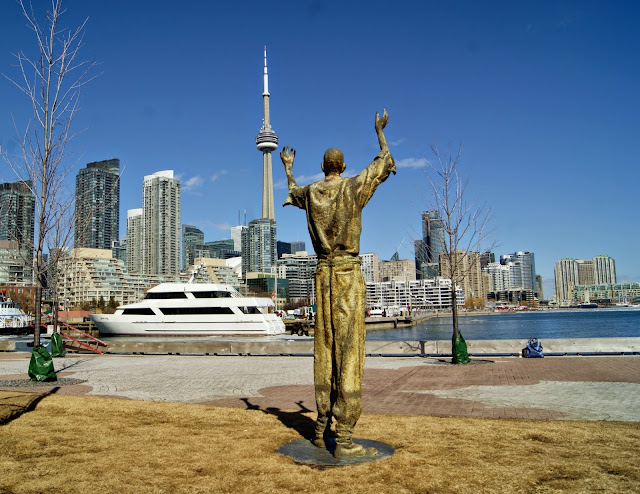 Until recently, I was among the many that never knew Ireland Park even existed. It opened in 2007 and then closed in 2010 for several years due to surrounding construction. A few months ago, I heard about an Irish monument down by the harbourfront, so last St. Patrick's Day a friend and I decided to go in search of it. And I'm so glad I did. 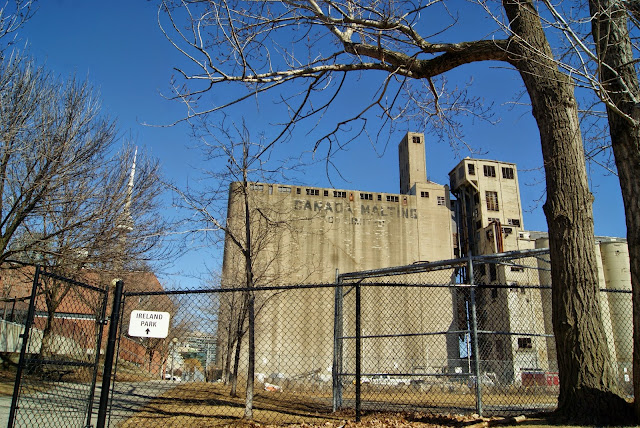 Ireland Park is a monument to the 38,000 Irish immigrants who came to Toronto during the famine of 1847. I tried to enter the park from Bathurst Street and found it difficult to find among the construction. If it wasn't for a tiny sign on a wire fence, I might still be searching. It's best to enter the park from the east side along the water front promenade decorated with a maple leaf mosaic. It is also a quick ten minute walk south of Canoe Landing Park. 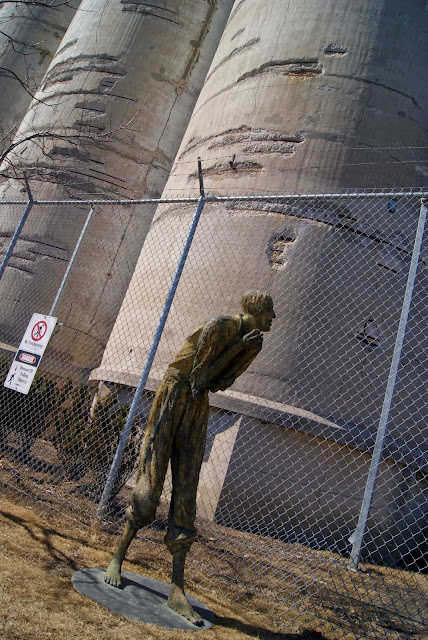 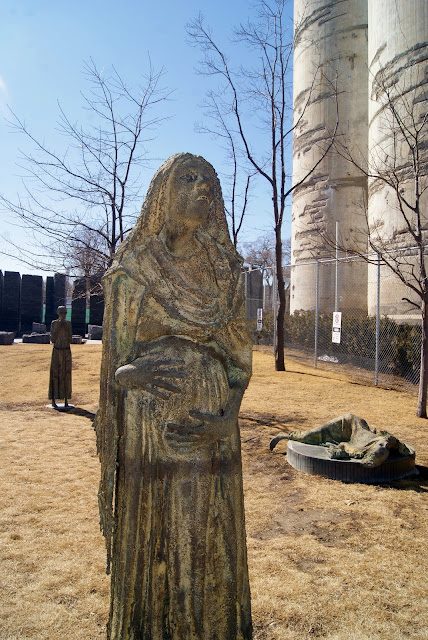 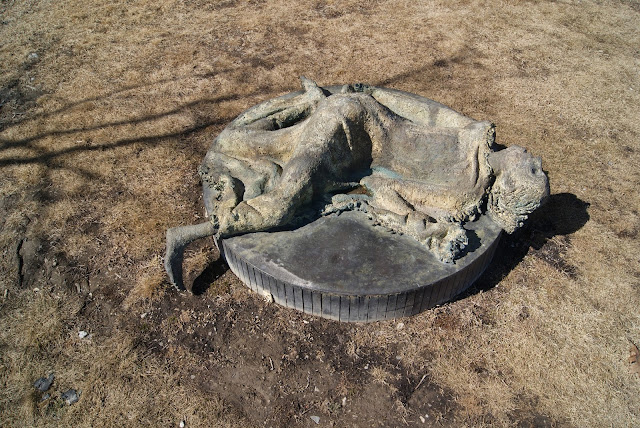 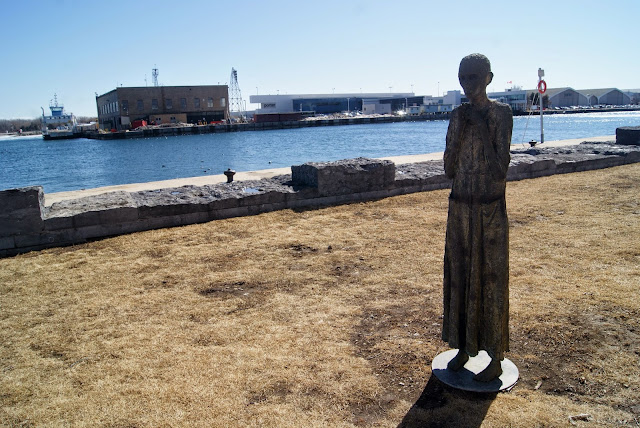 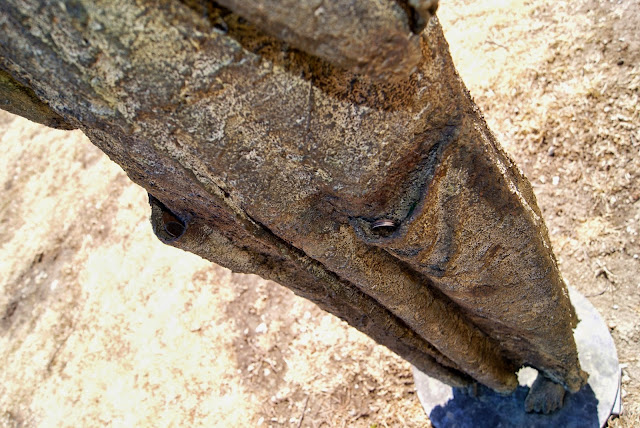 Once I finally found the park I was amazed. It opens up with five bronze sculptures by famed artist Rowan Gillipsie. Some of the sculptures looked fearful, some hopeful, and one lay dying on the ground. They are a continuation of the seven sculptures he made at Dublin's quay in Ireland. 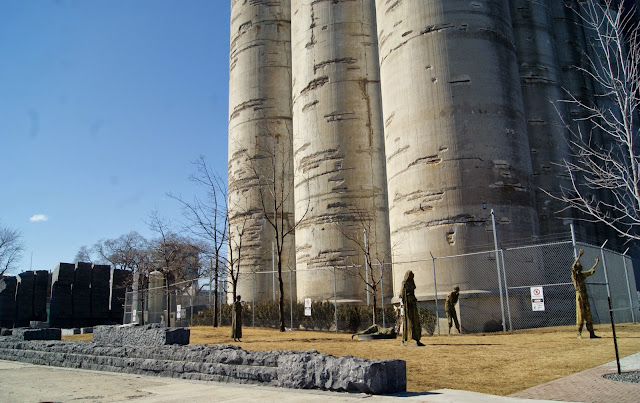 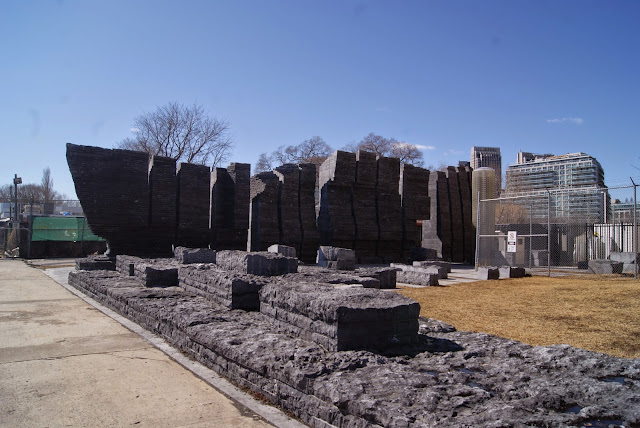 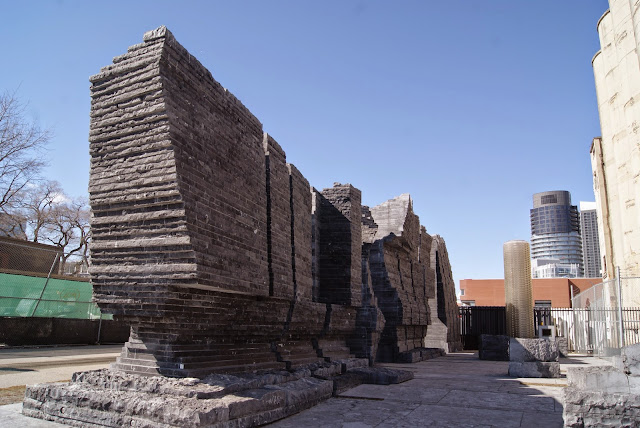 Behind the sculptures lies a wall created from Irish limestone, made to resemble the Cliffs of Moher, one of the last sights immigrants would've had of their homeland. Engraved on the stones are 675 names that have been recovered of the almost 1,900 Irish immigrants that died. The list will always be evolving as new names are found. 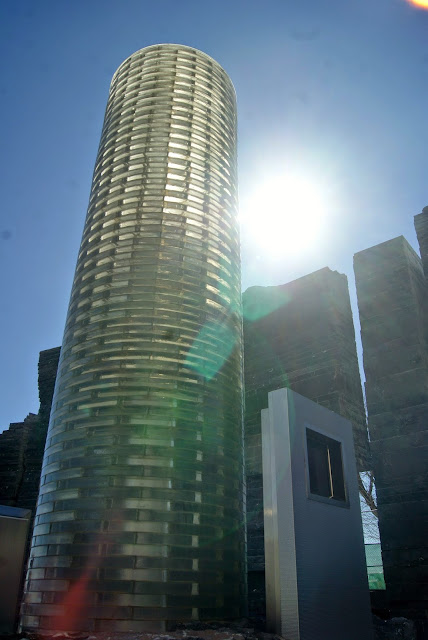 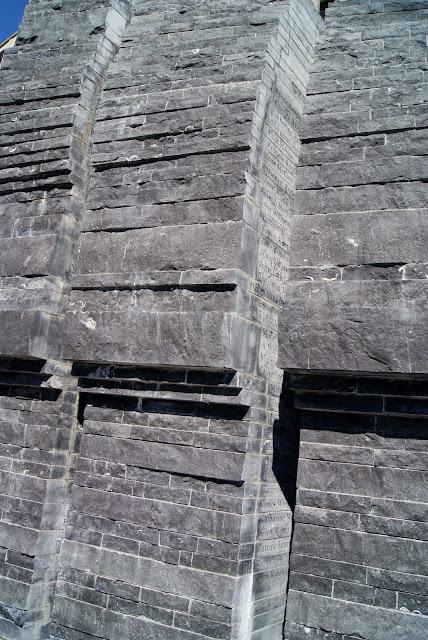 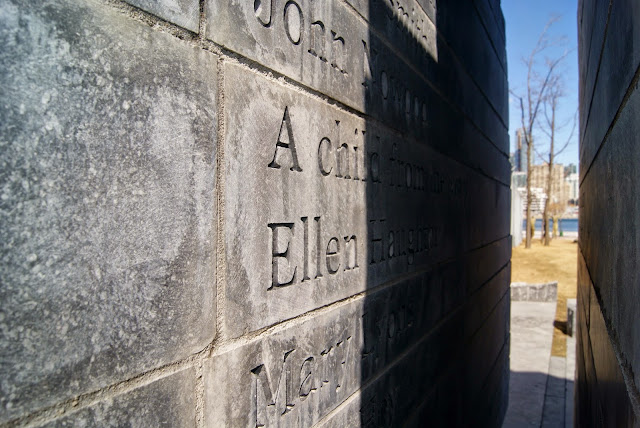 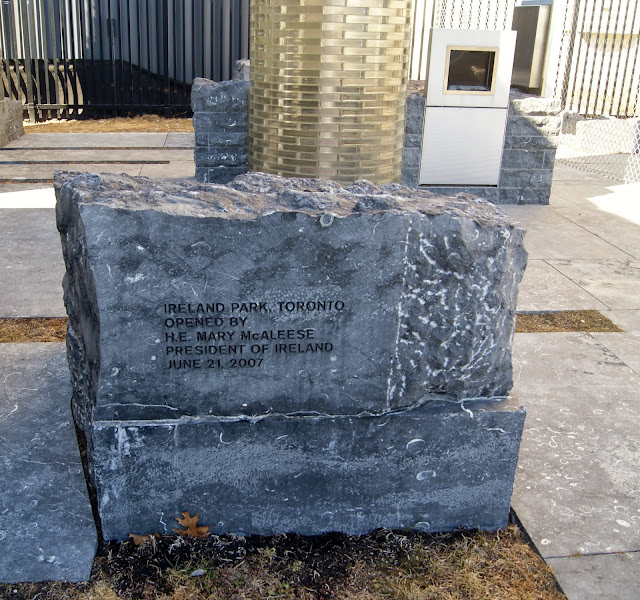 Near the end of the wall stands a tall glass silo beside three interactive screens that are suppose to give information of the park, the immigrants, their story and history. They were not working when I visited and I didn't hear back from the Ireland Park Foundation concerning if they only work during certain times or if they are just offline. Stone benches and a small wall near the water completes this beautiful park, which is essentially a large cemetery with no bodies buried underneath. 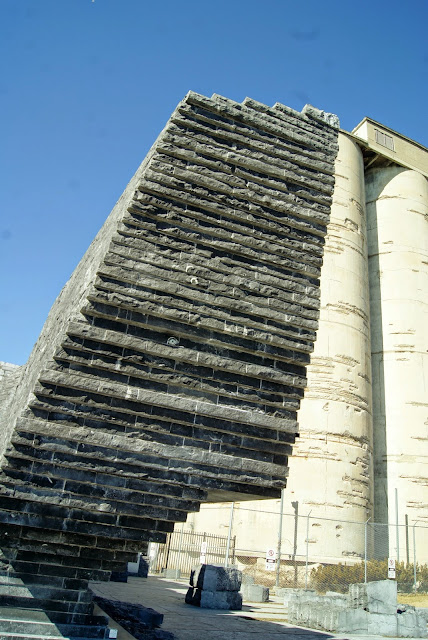 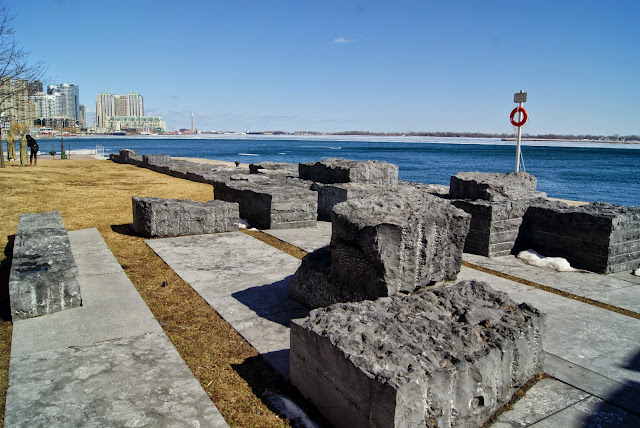 Ireland Park is so beautiful and serene. I love the stark contrast of an abandoned building behind it and the water in front with a sky filled with planes landing at the airport, filled with people visiting Toronto, maybe for the first time. Ireland Park is open daily (construction permitting:) 8am-11pm (although it's a public open space) and does light up when the sun goes down.